Half a trillion corals worldwide 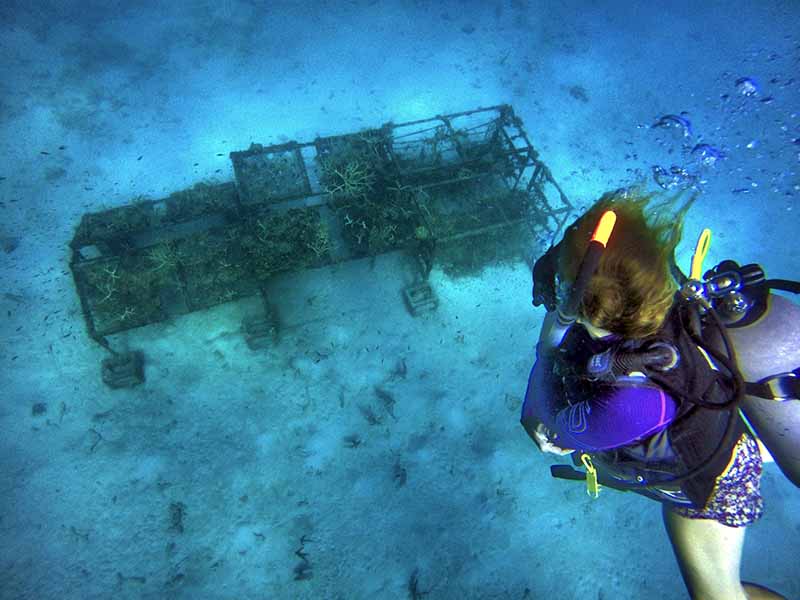 Scientists study number of corals and assess their extinction risk

An unsolved question has been answered: there are half a trillion corals in the Pacific Ocean alone. That’s the finding of a study by the ARC Center of Excellence for Coral Reef Studies at James Cook University (Coral CoE at JCU), led by Dr. Andy Dietzel. “This is about the same number of trees in the Amazon or birds in the world,” Dr. Dietzel said. The results are critical to the study and conservation of corals and coral reefs as they decline worldwide due to the effects of climate change.

“We need to know the frequency of a species to assess its risk of extinction,” Dr. Dietzel said. The eight most common coral species in the Pacific region each have population sizes larger than the world’s population (more than 7.8 billion people), he said. On the Great Barrier Reef alone, he said, there are an estimated ten billion corals. This suggests that while regional loss of corals is serious for individual coral reefs, the global extinction risk for most coral species is lower than previously thought. Instead, extinction could occur over a much longer period of time because of the large geographic range and population size of many coral species.

However, the lower risk of extinction is no reason to slacken efforts to combat climate change. “Coral restoration is not a solution as a result of climate change. You would have to grow about 250 million adult corals to increase coral cover on the Great Barrier Reef by just one percent,” said Professor Terry Hughes, co-author of the study. So action needs to be taken today to reduce the threat to the reefs – long before climate change causes global extinction and does irreparable damage.