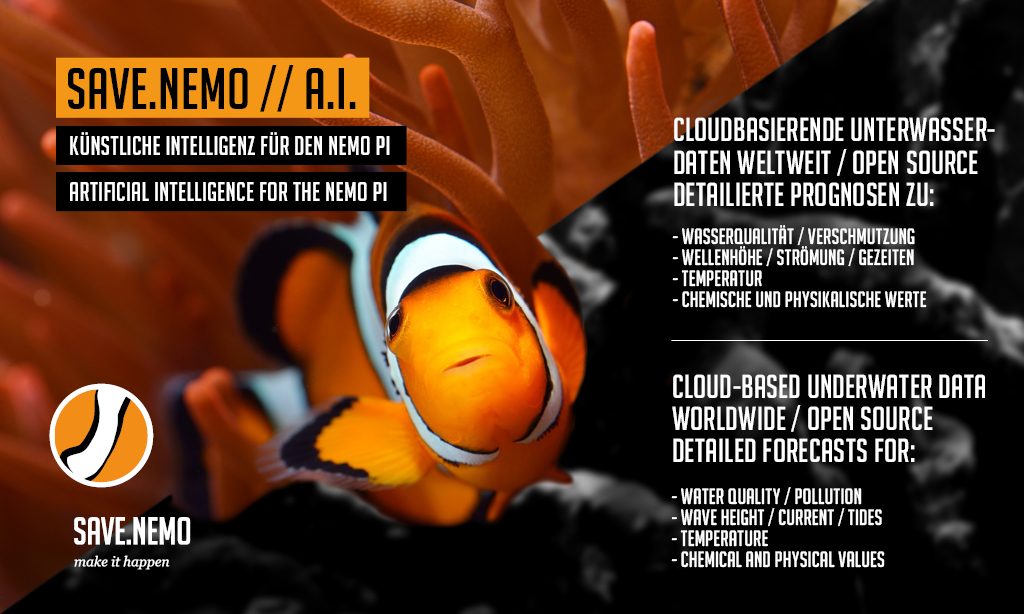 Save Nemo develops intelligent cloud in fight against pollution of the oceans.

Thanks to artificial intelligence Nemo A.I. Cloud delivers reliable predictive models of the oceans pollution and further chemical and physical data. Task Force has been foundet.

Next step in fight against pollution of our oceans, rivers and lakes:
Save Nemo e.V.  is developing on basis of the successfully tested underwater weather station Nemo-PI a world-wide forecasting system that uses artificial, machine learning intelligence to predict the ecological development and stability of rivers , lakes and seas.

The introduction of the cloud-software Nemo A.I. is planned for 2020/21.

The new Nemo A.I.  cloud software, based on the raw data of the Nemo-PI’s  weatherstation data buoy, is intended to evaluate comprehensive data on the physical and chemical values ​​of waters and to provide reliable forecasts on the future degree of pollution, water temperatures, currents or effects of suspended particles (micro-plastics).

A total of 19 different chemical and physical sensors are measured and foreacsted by the Nemo A.I.  software.

Six developers, engineers and specialists in artificial intelligence (Machine Learning) are currently researching the feasibility and development of the Nemo A.I within a task force team. 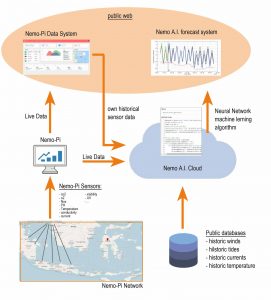 For example, Olaf Wrieden, Chief of software development, Auckland University of Technology, Computer and Information Sciences:
“With the development of the software Nemo A.I. and Nemo-PI we want to transfer the forecasting models, which already exist for conventional, land-based weather and climate reports, to rivers, lakes and seas, “says Wrieden.

“Nearly three-quarters of our earth is covered by our oceans and we want,  with the Nemo A.I.,  close this important gap. ” adds engineer Diemo Niemann, CEO of Save Nemo e.V. Germany.

The cloud software Nemo A.I. can be applied  for the fishery-, the waste industry, the hotel industry and the leisure / water sports sector.

The forecast model of the Nemo A.I makes it possible to reliably predict currents, visibility / particle or even temperatures of waters for a certain period of time.

“With Nemo A.I. We are creating a new interplay between profitability, ecology and science, “says Wrieden. 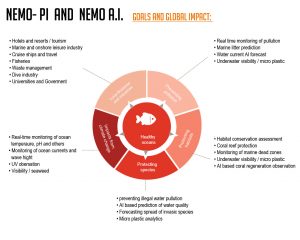 In order to create a global network, the non-profit Save Nemo e.V.’s goal is to install hundreds and more of Nemo PIs worldwide, using Nemo A.I.’s own or sponsored moorings, over the next few years.
“In addition, we use existing databases with historical datasets,” adds Niemann,  “to refine our forecasts.”

Originally, Save Nemo’s mission is to prevent anchor damage in reefs caused by diving and snorkeling tourism and connected industries.
Moorings, consisting of a “concrete block”, a chain with a buoy, which are placed next to the reef, allowing ships to moor at the buoy without having to drop anchor and destroy a piece of reef. 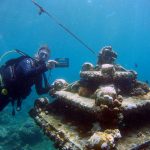 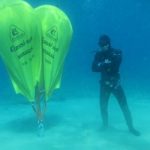 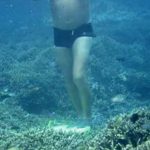 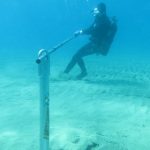 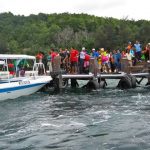 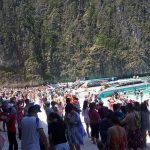 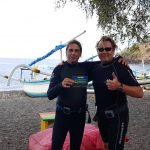 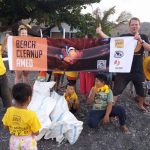 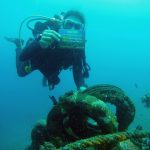 The idea arose some years ago when Engineer Diemo Niemann, a passionate diver and PADI Divemaster, saw how fast healthy reefs became an underwater desert.

A simple and pragmatic solution to this problem are moorings that are produced on site.
“Through the development of the Nemo-PI, which will go into production in 2019, and by the new Nemo A.I. cloud, these moorings will be very smart and we can additionally gain forecasting data on the state of the seas.” says Niemann

The commitment of Save Nemo e.V. is financed by free collaboration, volunteers, donations and various licenses to use the data obtained by the Nemo-PI and in the future, by the new forecasting service Nemo A.I.

Call to action:
Small acts can make a big difference.
“In this context, we call on companies, associations, universities and private individuals to support our charity goals: only through joint research, cooperation and sufficient funding can we can make our world better”

A Nemo PI costs between 100 and 600 euros.  For comparison, data buoys such as the NOAA (National Oceanic and Atmospheric Administration, USA), which are primarily used in science and research and are not available to the public, cost upwards of about $ 50,000.

This makes the underwater weather station Nemo-Pi the cheapest and most advanced of its kind. The Nemo A.I. cloud is, as far as known, the first scientific project that applies artificial intelligence to marine conservation and wildlife.